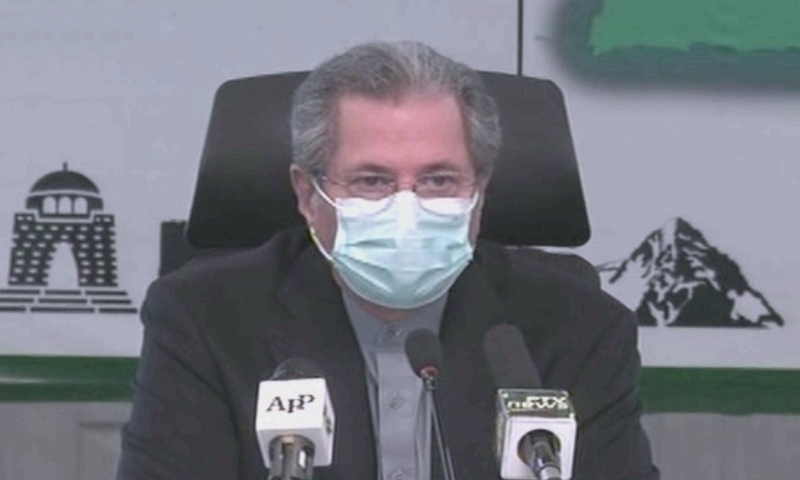 Education Minister Shafqat Mahmood has said that all educational institutions, including schools, colleges and tuition centres, will close down from November 26 (Thursday).

Addressing a press conference in Islamabad alongside Special Assistant to the Prime Minister on Health Dr Faisal Sultan, Mahmood said that from Thursday students will continue their education at home.

In a tweet shortly after addressing the media, the education minister said: “When we say all educational institutions will close on Nov 26 and students will home learn, we mean all institutions without exception.”

During the press conference, the minister and the PM’s aide explained the various decisions taken during the meeting with all the country’s education ministers.

“Where possible, homework will be given out online. Where this is not possible, the provincial governments will decide the course of action. But all efforts will be made to make sure that education continues from home,” said Mahmood.

The minister said that “home learning” will continue from November 26 to December 24. “From December 25 till January 10, 2021 there will be winter vacations. Then from January 11, if the situation improves, we hope we can once again open all educational institutions.”

Mahmood added that a “review session” will be held during the first week of January to gauge the country’s Covid-19 outbreak and a decision will be made accordingly. “God willing, educational institutions will reopen from January 11.”

The education minister stated that all examinations scheduled for December have been postponed. “Exams will commence from January 15.” He added that there were some “professional exams” that would, however, continue as per schedule.

Sultan said that entrance exams would be held as per routine. “The reason for this is that it is possible to manage standard operating procedures (SOPs) for such exams.”

The education minister added that this would also include exams for recruiting teachers. “However all exams for school students have been postponed till mid-January. Higher education universities will commence online learning and their hostels will be allowed to house students up to one third of their capacity.”

The two officials added that institutes for vocational learning and for training senior medical professionals would remain open.

Mahmood said that educational institutions will decide if teachers can instruct from their homes or if they need to come to the school.

“We are also recommending that board exams that were scheduled for March or April, be pushed forward till May and June. This is because when educational institutions will reopen, students will get time to complete their course work.

“Further, we have also recommended that the new academic year — which begins in April at government schools — be postponed till August and summer vacations are reduced,” the education minister concluded.

Sindh Education Minister Saeed Ghani had recommended that all schools should not be closed. He said that primary schools, where enrollment is 73 per cent, can be closed while academic activities for grade six and onwards should continue.

He also recommended against promoting students without examinations, adding that the decision to hold exams for classes 9-12 in May-June should not be taken ahead of time.

Ghani further said that banks should provide loans to private schools so that they don’t have to face financial difficulties and added that the federal government should pay the interest. Tuition centres and coaching centres should also be included in the scheme, he said.

He suggested suspension of all extra-curricular activities and said that schools should not penalise students and parents who don’t wish to attend classes on campus due to the virus. He urged schools to arrange online classes when possible.

Meanwhile, Punjab Education Minister Murad Raas in a press conference said that if schools are being shut down, the government should also restrict children from visiting shopping malls and parks.

“If we have to control one thing, if we have to curtail it, then it is very important to look at other things as well,” he said.

He further said 50pc of the teaching staff would come on Mondays and the other half on Thursdays.

“We have decided this because it is important for teachers to remain in contact with schools,” he explained.

In recent weeks, the country’s Covid-19 cases and deaths have seen a sharp increase. On Monday, the National Command and Operation Centre was informed that hospitalisations due to Covid-19 have doubled in the last two weeks while the positivity ratio increased to 7.46 per cent in the last 24 hours.

Educational institutions had faced a six-month closure from March to September due to Covid-19 and now in the pandemic’s second spell, education ministry officials had said the closure had become imminent due to the rising numbers of cases.