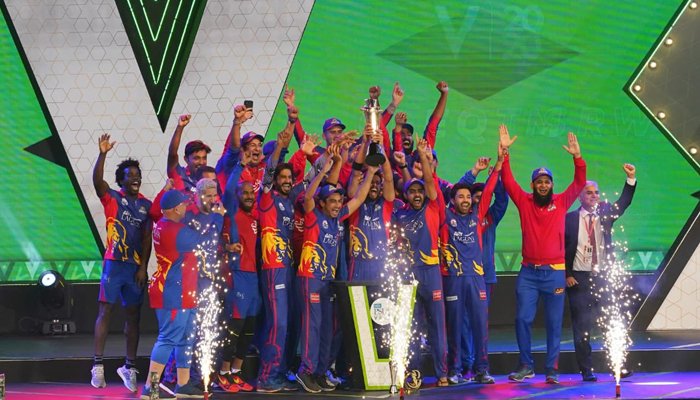 Karachi Kings’ coach Wasim Akram has dedicated the win to Dean Jones, saying that it’s the late Jones’ hard work that had brought this about.

The trio laid the foundation over which Babar later capitalised and got his side the victory in a comfortable run chase.

Umaid, Waqas and Arshad combined to bowl 12 over for Karachi, gave away just 62 runs and picked up six wickets – two apiece.

Neither has ever played at the highest level but still proved more than a match for Lahore’s studded, in-form batting line-up that threw away a solid start.

From 68-0, they managed a meek 134-7 as the openers’ slow batting put pressure on the rest of the batters, who, in their attempt to up the scoring rate, kept losing wickets. The proverbial fireworks kept on getting postponed and in the end, never came.

In their defence, Lahore batsmen can claim that the wicket was ‘double-paced’, which it was as the ball did not come on to the bat all innings – even for those known for their clean hitting.

In response, Karachi always looked in control until a late flurry of wickets but Babar Azam’s presence got them through.

Previous India doesn’t qualify for UNSC membership, Pakistan says in General Assembly debate
Next Concept Of Khudi: Iqbal Constantly Made Man To Realize His Self And Its Secrets