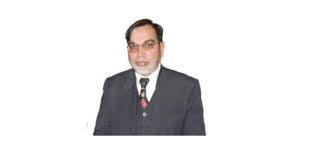 Barbaric and Abhorrent attack at the New Zealand Mosques — Islamophobia

The lack of humanitarianism and Compassion

This barbaric and abhorrent attack that killed and injured innocent worshippers was another stark reminder of the need for collective action against terrorism, hate campaigns targeting religious and sectarian groups, and the prevailing Islamophobia in the West that is, unfortunately, being promoted by certain Western governments. Unprofessional and inhumane” coverage of the terror attack by some Western news media revealed Western racism and its double standards about the lives of people. This incident is revealed the hypocrite and inhuman face of western sponsors of terrorism

The attack on two mosques in New Zealand reflects a paradigm shift: the erosion of liberal values and the rise of civilisationalism at the expense of the nation-state.

So do broader phenomena like widespread Islamophobia with the crackdown on Turkic Muslims in Xinjiang as its extreme, and growing ant-Semitism These phenomena are fuelled by increasing intolerance and racism enabled by far-right and world leaders as well as ultra-conservatives and jihadists.

These world leaders and far-right ideologues couch their policies and views in terms of defending a civilization rather than exclusively a nation-state defined by its citizenry and borders.

As a result, men like China’s Xi Jinping, India’s Narendra Modi, Hungary’s Victor Orban and US president Donald J. Trump as well as ideologies such as Steve Bannon, Mr. Trump’s former strategy advisor, shape an environment that legitimizes violence against the other. It reveals double standard of world’s leaders

By further enabling abuse of human, minority and refugee rights, they facilitate the erosion of the norms of debate and mainstream hate speech.

Blunt and crude language employed by leaders, politicians, some media and some people of the cloth helps shape an environment in which concepts of civility and mutual respect are lost.

Consequently, the likes of Brenton Tarrant, the perpetrator of the attacks on the Christchurch mosque in which 49 people died, or Andreas Breivik, the Norwegian far-right militant who in 2011 killed 78 people in attacks on government buildings and a youth summer camp, are not simply products of prejudice.

Prejudice, often only latent, is a fact of life. Its inculcated in whatever culture as well as education in schools and homes irrespective of political, religious, liberal, conservative and societal environment.

Men like Messrs. Tarrant and Breivik emerge when prejudice is weaponized by a political and/or social environment that legitimizes it. They are emboldened when prejudice fuses with politically and/or religiously manufactured fear, the undermining of principles of relativity, increased currency of absolutism, and the hollowing out of pluralism.

Their world is powered by the progressive abandonment of the notion of a world that is populated by a multitude of equally valid faiths, worldviews and belief systems.

The rise of civilisationalism allows men like Messrs. Tarrant and Breivik, white Christian supremacists, to justify their acts of violence in civilizational terms. They believe their civilization is under attack as a result of pluralism, diversity and migration

The same is true for jihadists and Takfiri who aim to brutally establish their vision of Islamic rule at the expense not only of non-Muslim minorities but also Muslims they deem no different than infidels.

Civilisationalism provides the justification for men like Hungary’s Mr. Orban to adopt militant anti-migration policies and launch attacks laced with anti-Semitism on liberals like financier and philanthropist George Soros.

It also fuels China’s crackdown on Turkic Muslims in the north-western province of Xinjiang, an attempt to Sinicize Islam and the most frontal assault on the Islamic faith in recent memory.

Civilisationalism poses a threat not only to the world we live in today but to the outcome of the geopolitical struggle of what will be the new world order. The threat goes beyond the battle for spheres of influence or competition of political systems.

Civilisationalism creates the glue for like-minded thinking, if not a tacit understanding, between men like Messrs. Xi, Orban, Modi and Trump, on the values that should undergird a new world order.

These men couch their policies as much in civilisationalism as in terms of defense of national interest and security.

Their embrace of civilisationalism benefits from the fact that 21st-century autocracy and authoritarianism vests survival not only in the repression of dissent and denial of freedom of expression but also maintaining at least some of the trappings of pluralism.

Those trappings can include representational bodies with no or severely limited powers, toothless opposition groups, government-controlled non-governmental organizations, and some degree of accountability.

The rise of civilisationalism is further facilitated by a failure to realize that the crisis of democracy and the revival of authoritarianism did not emerge recently but dates back to the first half of 1990s.

Political scientists Anna Lührmann and Staffan I. Lindberg concluded in a just published study that some 75 countries have embraced elements of autocracy since the mid-1990s. Key countries among them have also adopted aspects of civilisationalism.

The scholars, nonetheless, struck an optimistic tone. “While this is a cause for concern, the historical perspective…shows that panic is not warranted: the current declines are relatively mild and the global share of democratic countries remains close to its all-time high,” they said.

The attack in Christchurch is one of the multiple civilizational writings on the wall.

So are the killings committed by Mr. Breivik; multiple jihadist attacks, the recasting of political strife in Syria and Bahrain in sectarian terms; the increasing precarity of minorities whether Muslim, Christian or Jewish; rising Buddhist nationalism, and the lack of humanitarianism and compassion towards refugees fleeing war and persecution.

These alarm bells coupled with the tacit civilisationalism-based understanding between some of the world’s most powerful men brush aside the lessons of genocide in recent decades.

Ignoring the lessons of Nazi Germany, Hutu Rwanda, the Serbian siege of Srebrenica or the Islamic State’s Yazidis poses the foremost threat to a world that is based on principles of humanitarianism, compassion, live-and-let-live, and human and minority rights.

Framing the challenge, Financial Times columnist Gideon Rahman noted that Mr. Trump’s “predecessors confidently proclaimed that American values were ‘universal’ and were destined to triumph across the world. And it was the global power of western ideas that has made the nation-state the international norm for political organisation. The rise of Asian powers such as China may create new models: step forward, the ‘civilisation state.’”

Mr. Rahman argues that a civilizational state rejects human rights, propagates exclusivism and institutions that are rooted in a unique culture rather than principles of equality and universalism, and distrusts minorities and migrants because they are not part of a core civilisation.

In short, a breeding ground for strife and conflict that can only be kept in check by increasingly harsh repression and/or attempts at mass re-education and homogenization of the other – ultimately a recipe for instability rather than stability and equitable progress.

The need for Muslim Ummah and nations to show a serious reaction to the anti-human crime, against terrorism and racism.  This crime once again reminded us of the need for the vigilance and cooperation of all countries in the fight against terrorism and emphasizes the fact that true peace will not be established in any part of the world unless the ideological roots of terrorism are eradicated. the Organization of Islamic Cooperation (OIC)should hold an emergency session on the terrorist attack on Muslims in New Zealand.