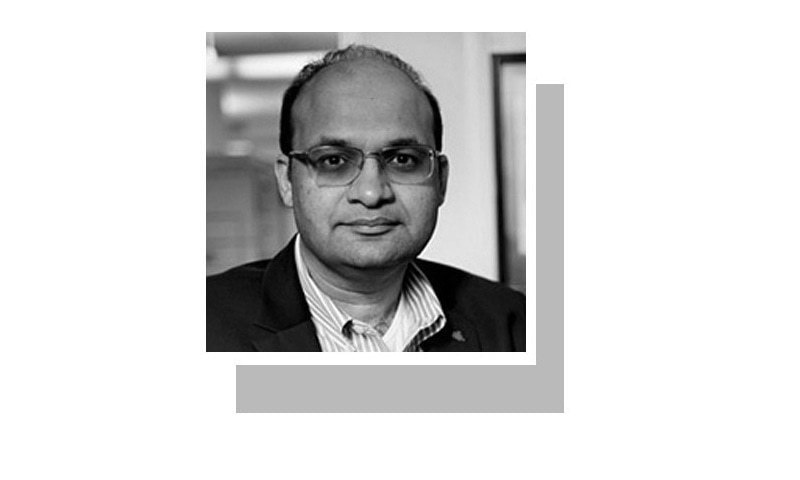 THE economy had slowed down even before Covid-19 struck. Our growth rate was low, the job sector was not doing well, exports were not increasing by much, inflation was hovering around double digits and the manufacturing sector, especially large-scale manufacturing, was struggling. All this meant that families and individuals were already either struggling or were on the verge of doing so. And then came Covid-19.

Even before the formal lockdowns, businesses slowed down. People started getting cautious about going out or spending. This shrunk businesses a lot. The lockdown period was very hard on those who were on daily wages or working in the informal sector. Some lost their job, others were told to come back post lockdown and did not have any salary for the lockdown period. Even micro businesses either shut down temporarily or scaled down operations significantly.

This not only hit families with low incomes, it also hit those families who relied on regular salaries or monthly incomes for their current expenditures. Those who do not have sufficient savings become vulnerable if they get an income shock. Surveys show significant reductions in expenditures from such households; sometimes even important expenditures like health and education were cut. There was also a significant increase in debt for such households. People borrowed from friends, relatives, employers, grocery store owners where they bought food items from; in fact from any and all sources they could borrow from. Many of them report that they exhausted all sources of borrowing during the lockdown period and in the months that followed.

Though the government tried to extend support to a lot of people through the Ehsaas programme, the coverage was not enough. Most people in the low- to middle-income category did not get covered by the Ehsaas programme. Additionally, the Ehsaas programme gave a Rs12,000 package for help. The families who got Ehsaas transfers said that this was too small to cover even their basic expenditures.

If people cannot find jobs, what should they do?

Ever since the lockdowns were lifted, the economy has reopened significantly and we are seeing a lot more economic activity now. But businesses have not yet reached the level of activity they enjoyed prior to the pandemic. So many employees, especially in the informal sector, and most of our labour who work in the informal sectors of the economy have not been able to come back to their jobs, or are not working the hours they used to work and not getting the income they used to. Many have had to look for different jobs and often additional work.

A colleague’s father’s real estate business shut down over these months, and his brother lost his job. He is the only one in the family who still has a job. So, from a three-person-income household they have become a single-earning-person household. This has put tremendous pressure on their finances and they have had to cut back on needed expenditures (one sister has been removed from school till the other brother finds a job).

It has also put tremendous mental and psychological strains on all members of the household. The father feels helpless and is depressed. The younger brother who is now unemployed is desperate. The older brother who still works has become extremely insecure. The mother is afraid of incurring any expenditure as she has to ask her son for money. The entire family is under a lot of duress.

Four members of another colleague’s household used to work in the pre-pandemic days. He was the only one who got a steady salary over the lockdown period so the family had to take a fair bit of debt to survive. Only one member, in addition to my colleague, has been able to go back to work in the post lockdown period. The other two members are still looking for a job. And the debt repayments have become due as well. The family is under a lot of stress.

All these are typical stories. It is not clear what the next few months will bring. But with the second wave of Covid-19 upon us and the macroeconomic situation not looking great, it is unlikely the economy will create a lot of new jobs or allow people an increase in their salaries. The next few months will continue to see micro lockdowns and illnesses as well. This will keep businesses unsettled. It will also have a significant impact on families and their ability to continue to work uninterrupted.

The state needs to step up and step in to provide some relief to families. If people cannot find jobs, what should they do? Can they get some help from the government? Ehsaas needs to be extended to cover not just the poor but also those who are vulnerable to employment and business shocks. This group would include a large number of informal-sector workers as well as many micro employers.

This might require a lot of work from the Ehsaas team. They have to develop data on who would be eligible for receiving help. Right now, the Ehsaas data is largely restricted to the very poor. But as the pandemic shock has shown, we need to include in the numbers and facts all those who are vulnerable to income shocks. Ehsaas needs to have programmes that support income and expenditure profiles of the vulnerable families when they are in distress.

A lot of families are going through very difficult times. And it seems that these difficult times are going to continue for a while. The state needs to rethink how its social protection programme should be structured. And this is the time to do it quickly. Programmes that support income and expenditure for vulnerable families need to be launched now. We can improve and develop them over the next year but families need help straightaway.

The writer is a senior research fellow at the Institute of Development and Economic Alternatives, and an associate professor of economics at Lums.