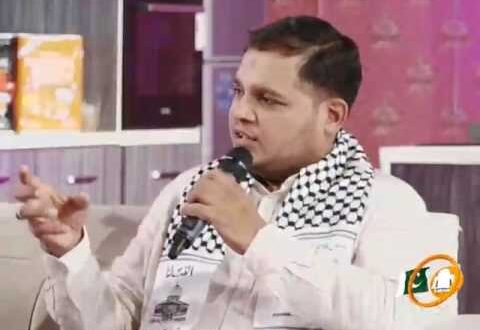 Foreign Minister of Pakistan and Friendship with Israel

A statement recently attributed to Foreign Minister (FM) of Pakistan Mr Shah Mahmood Qureshi was displayed on a private TV channel. The statement read as Pakistan is interested in establishing a relationship with Israel. This comes at a time when Kashmir is under fire of Indian brutalities and is looking toward Pakistan for support. But, the FM has remained unsuccessful in pursuing the case of Kashmir internationally. He accepted this defeat while address in Geneva that the Europeans and the world are not paying attention to the Kashmir problem. After this he also referred to recognize Israel in order to bow in front of American demands. But he did not know that under the guise of this statement he has not only killed the ideology and aspirations of Quaid-e-Azam but also the Kashmiris’ hopes from Pakistan.

The FM’s statement on establishing relationship with Israel is, in fact, an evidence of Shah’s American and British loyalty as well as an attempt to appease some of the rulers of the Arab world, as he believes that the pleasing of Arab world including the US and the UK would authenticate the chair of Foreign Minister of Pakistan to him.

As Pakistan is going through the most difficult and critical times where Pakistan is facing the threat of external enemies including India and Israel, the elements that are of great danger than all those elements who have their share of interest for relation between India, Pakistan and Israel. Those elements include the politicians, former military generals and the so-called scholars whose pursuit of life is the pursuit of personal interests only.

Students in Pakistan believe in the loyalties and relinquishment of Pakistan more than politicians but when the ex-officers from the same institution conspire against the country and become a heading in the media for this too, then what is the advice for the young ones? In the present state of affairs, everyone is looking towards the President, the Prime Minister, the Army Chief, and the Judges of Supreme Court with question in their eyes. On one side we are promoting the cause of Kashmir and on the other side some black sheep’s are trying to sell out Palestine. If Pakistan is interested in relations with Israel then on what basis the relations with India have been suspended. Then how will Pakistan support Kashmir while selling Palestinian cause?

The Prime Minister of Pakistan must take notice of the statement issued by the FM Mr Qureshi because it has not only affected the sentiments of Pakistani public but also caused a blow to Kashmiris freedom movement. One wonders how the black sheep in the government lines are becoming successful in promoting their cause. In this scenario law must come into force and the Supreme Court of Pakistan should bring all such elements under the purview of article six. However article 62 and 63 should also be applied and the person in question must be barred from holding public office.

To summarize, in present situation Israel has become extremely weak and defeated and Palestinian resistance has hit Israel in Gaza and occupied Palestine. The statement of Mr Qureshi came at a time when the Palestinian resistance is at its peak. Palestinians took off and Israeli drone in Gaza and fired such missiles when were not detected by even the most advanced radar system of Israel named Iron Dome. Similarly, Palestinians resistance has not only killed an Israeli drone in Southern Lebanon but also attacked a Zionist military vehicle for seven kilometres inside occupied Palestine and killed several Zionists. This is the Israeli technology whose examples are being given by General retired Amjad Shoib, Tahir Ashrafi, and Shah Mahmood Qureshi and are trying to misguide the educated youth of Pakistan. Israel who is unable to defend itself against small weapons of Palestinians, how can its friendship strengthen Pakistan? In fact these people are the real enemy of the state. Looking to their past reveals that their families got appreciation of the Britishers in many ways.

Previous The Madrasas Lost the Battle for Survival.By: Mufti Gulzar Ahmed Naeemi
Next Physical Education in Pakistan, By: Hamza Liaquat