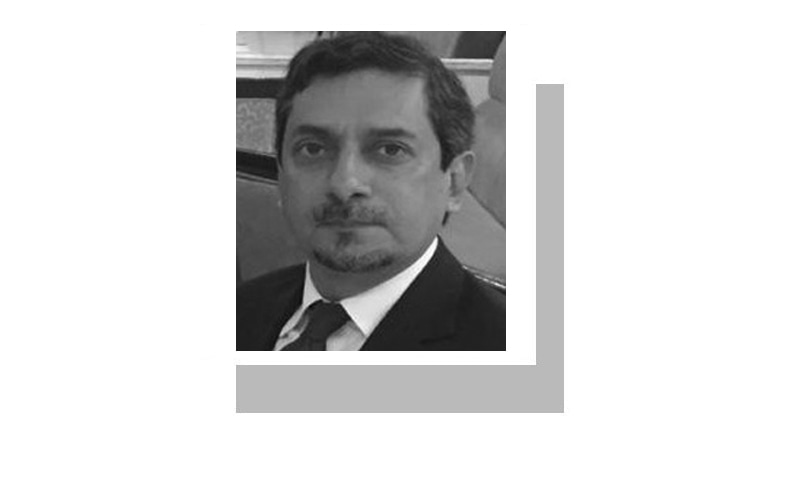 INFLATION has been rearing its menacing head since last year, and has taken centre stage of late with the launch of the opposition’s anti-government protests. The government’s bungled reaction, signified by inaction for a protracted period combined with an ineffectual policy response eventually, has compounded economic misery — as well as its own political predicament.

The unchecked increase in prices of food staples such as wheat flour, sugar and vegetables places a punishing burden on lower-income households who spend a larger portion of their limited income on these items. More than low growth and sluggish employment opportunities, unchecked food inflation fuels discontent, as well as anti-government sentiment, faster because its pernicious impact on households is more immediate and visible.

It also plays more easily into the narrative of government incompetence and inaction. In both cases, its ultimate effect is to erode the political capital of an incumbent government and weaken its impulse for carrying out meaningful reform. On the economic front, this could be the most significant collateral damage of the government’s inept response to food inflation.

As noted in an earlier piece I wrote in this newspaper in February, the on-going episode of inflationary pressure in the country has four distinct phases going back to the second half of 2018. The first major impulse came from the steep adjustment of the rupee that came about as a result of the parlous state of the external account left behind by the PML-N government. The steep drop in the value of the rupee re-priced all imported goods, most notably petroleum products. The knock-on effect on the cost of transportation and agricultural inputs flowed into the price of agricultural commodities and eventually into the food consumed by Pakistanis.

The government has been unable to alleviate the burden of food inflation.

A second impulse to inflationary pressure came from the sharp, and periodic, increase in the administered price of energy. This was followed by supply disruptions and strikes by transporters around the third quarter of 2019. The final major impulse has come from avoidable shortages caused by the government’s protracted mishandling of wheat and sugar stocks in the country.

The mishandling of the wheat and sugar situation highlights governance issues. In the case of wheat in particular, the output shortfall was underestimated, available stocks were misreported, there was a lack of timely review and action by the cabinet, wrong decisions were taken by the ECC, there was a pervasive lack of understanding in government of the implications of decisions taken, administrative inaction was on egregious display in Punjab, and an absence of centre-Sindh coordination — all contributed to the fiasco.

The fact that this situation has persisted for 15 months without action and resolution, despite periodic proclamations and claims by the prime minister and the cabinet, throws a glaring light on some uncomfortable governance-related realities. This failure cannot be blamed on Covid-related supply chain disruptions or on an uptick in global food prices in the past four months. It predates both, with their impact moot in any case with reference to Pakistan.

Given this situation, what can the government do to lower food prices?

Much of what needs to be done is in the realm of governance; hence, its impact may play out over a longer period — though not in each instance. Strong action against hoarding will have an immediate effect on supply and market prices. Improved oversight by the cabinet is also needed. The erstwhile monthly review of the countrywide commodity supply and price situation needs to be reinstituted for a more timely and effective policy response.

Greater surveillance by the State Bank on credit usage in the agri-sector can spotlight unusual borrowing by speculators and commodity traders. Speculation and hoarding in commodities tends to rise in an ‘easy credit’ and low interest rate environment.

The government may consider subsidising agri-inputs (such as diesel, fertiliser, electricity) for the current rabi season as a short-run measure. However, once again, the efficacy of this measure is moot as it may boost farmer incomes without a noticeable impact on end-consumer prices. A more potent response would be to improve the governance in the agriculture sector, whereby farmers have access to certified seeds and unadulterated pesticides in a timely manner. The provision of extension services to farmers in a more effective and widespread manner will also help improve crop yields and overall output.

On the governance front, the following ‘gaps’ need to be addressed: 1) coordination between different levels of government; 2) data management regarding commodity stocks, flows and usage; 3) strategic storage capacity and buffer reserves; 4) effective local governments; and, 5) better performance of the administrative machinery, especially in Punjab, including in detection of hoarding and the functioning of price committees.

Inflation over the past two years is a complex interplay of external, fiscal/monetary, structural, institutional and policy factors; hence, the response needs to be multipronged. In the long run, pursuing sound macroeconomic policies that generate economic growth and employment in a low-inflationary manner is a potent way to insulate the populace from erosion of purchasing power. A focus on improving yields in the agriculture sector should be a key pillar of the strategy in this regard.

The writer is a former member of the prime minister’s economic advisory council, and heads a macroeconomic consultancy based in Islamabad.