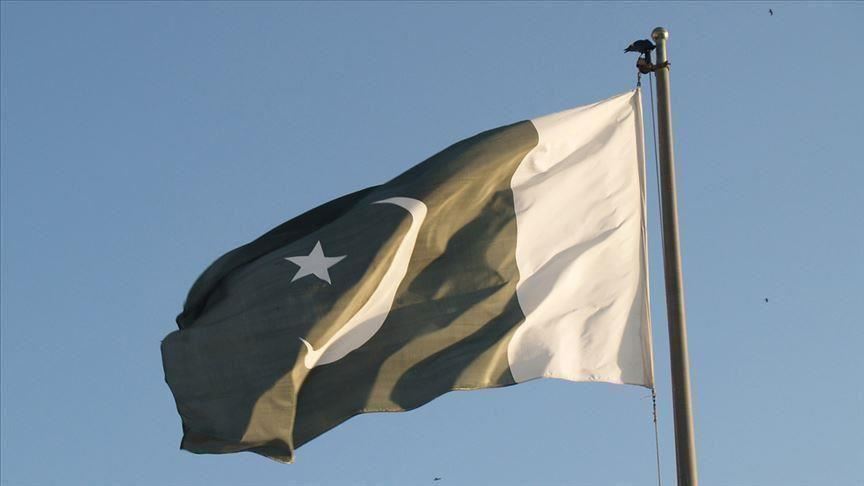 Pakistani politicians, organizations and citizens have voiced their disapproval of steps in recent months by some Arab and African Muslim-majority countries to normalize diplomatic relations with Israel. Long-standing behind-the-scenes contacts between Gulf countries, notably the United Arab Emirates (UAE), and Israel were announced by US President Donald Trump on Aug. 13. Trump also announced that Bahrain had reached a similar agreement with Tel Aviv on Sept. 11, and Sudan likewise on Oct. 23. Speaking to Anadolu Agency, Mushtaq Ahmad Khan, a member of the Senate from Jamaat-e-Islami Pakistan political party, said: “I think this is not normalization, this is an occupation.” Noting that the US wanted to make Israel “a powerful country and the police of the region,” Khan said Washington helped Tel Aviv fulfill its “strategic goals.” Describing Israel as an “illegal country,” Khan said: “They occupied the land of innocent Palestinians, engaged in grave human rights violations, violated all international norms, rules and regulations.”Khan said that Israel’s “hegemonic design and approach” was a threat to the people of the region, the Middle East, peace and the future. Former Interior Minister and head of Pakistan’s Muslim League-Nawaz (PML-N), Ahsan Iqbal, said normalization must be linked to the solution of the Palestinian problem.

“There should be no compromise until the Palestinians’ rights are properly recognized,” Iqbal added.

Sabir Abo Maryam, the chief of the Palestine Foundation Pakistan, said the recognition of Israel by Arab countries was part of a so-called peace plan for the Middle East, dubbed the “Deal of the Century” by President Trump. Pointing out that this plan aims to completely eliminate the issue of Palestine, Maryam said the US and its Arab allies wanted to weaken Palestinians and so they would be unable to fight against Israel. He underlined that that Arab countries’ recognition of Israel had meaning not only for the region, but also for Pakistan, as those who have abandoned the Palestine issue would do the same on the Kashmir issue. Pakistan does not expect any help from these countries, even on Kashmir, he added. Irfan Khan, a driver in Islamabad, told Anadolu Agency that Israel was “persecuting” Palestinians and said Arabs should stop Israel, or at least refuse to engage in diplomatic relations. Khan underlined that with the normalization steps in question, Israel would carry its oppression to other Muslim countries. Omer Ahmed, a tradesman in Islamabad, said Arab countries’ steps to normalize their relations with Israel were wrong and that this situation would affect the future of Muslims. Bahrain and the United Arab Emirates (UAE) agreed to establish full diplomatic, cultural, and commercial relations with Israel after signing controversial agreements Sept. 15 at the White House.The deals have drawn widespread condemnation from Palestinians, who say the accords ignore their rights and do not serve the Palestinian cause. Saudi Arabia is behind the agreement, which received full support from Egypt, Oman and Bahrain, according to the Palestinians.Trump announced Friday that Sudan also agreed to open full diplomatic relations with Israel, making it the third nation in recent months after Bahrain and the UAE.