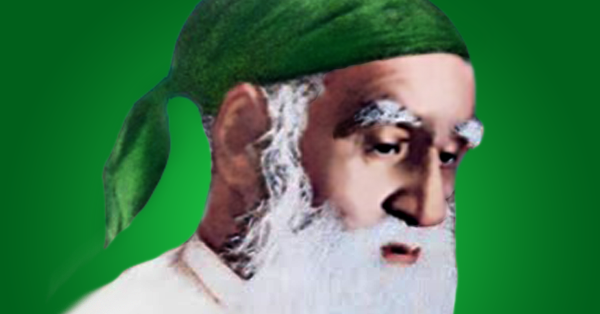 When we see the history of Islam, we find many people who tried to destroy the significance of Islamic history. For their mission, they used every aspect which was possible for them. Sometimes they killed the great Islamic personalities. Sometimes they wrote literature against Islamic values. Sometimes they created any temptation or launched the false claims. They made the cartoon of the founder of the religion Islam or attacked on the holy prophet in other different angels as soon as possible for them. On the other side, we see some other great personalities who spend their lives for the protection of Islamic values. Their main aims were to protect the life and dignity of the holy prophet and give the answer to every question which they found against the personality of the holy prophet (May Allah grant His blessings and peace be upon him). They arranged the academic debates, wrote the books, published the articles, and organized the programs for this. Peer Syed Meher Ali Sha Golaravi was one of them. He was on the top of the list of these people. He was considered the imam of his time.

EDUCATION
Peer Syed Meher Ali Sha took the admission in a khanqah for learning the Holy Qur’an and for Urdu and Persian in local Madrassah. At the beginning of elementary education, age was so low. The servant picked up him on his shoulder and brought back in the same way. The power of the memory was that he recited his daily lessons of the Qur’an on his memory. When the Qur’an was completed, the entire Qur’an was memorized without any intention. He got the Arabic, Persian, and Arabic grammar education from Molvi Gulam Moha-u-din after that he got an education from Molana Muhammad Shafi Qureshi for nearly two and a half years. Then from the Molvi Sultan Mahmood in the city of Sargodha, he read from him Sharah Hidaya-tul-him and Qutbi, etc. The money which he received from his home for need, distributed it to poor and needy students and he usually is fasting or on a break. Everyone can understand his friendship with knowledge by this, he taught to the low standard class students during his study period. Sometimes, he spent the whole night in study. Nearly two and a half years he stayed in Manga for education. Then peer Syed Meher Ali decided to continue further studies in the United Province (U.P) of India. Therefore, he set out for higher education in different parts of India including Kanpur, Aligarh, and Saharanpur. His stay at Aligarh at the madrasah of Lutfullah of Aligarh was for two and a half years, got the education of Bukhari and Muslim Sharif from Molana Ahmad Ali Saharanpuri. After that, he returns to his home.

ALLEGIANCE
After returning, peer Syed Meher Ali Sha went to Sial Sharif and take the spiritual path on the hand of Peer Sham-sul-deen (May Allah have mercy on him). Peer sham-sul-deen was an honorary scholar, as well as a great spiritual reformer. Respected Sialvi once urges peer Syed Meher Ali Sha to study the book of fotohat-e-Makkiyah. After that, this book was always remain in his study. He gave the lectures to people for many years from the fotohat-e-Makkiyah. Respected Sham-sul-deen sialvi in his last days, he gave the all spiritual things to the Qibla Aalam. This is said that peer Meher Ali Sha was the last calipah of respected sialvi.

TEACHING
After completed his education, peer Syed Meher Ali Sha started teaching at Golra Sharif. In the beginning, there were nearly fifty students. He had all abilities which are necessary for a good teacher. Allah had gifted to him all the qualities that should be in a higher great teacher. As well as the sophistication of the discourse, the style of the discourse was so interesting that even the least talented student understood the meaning.
In the time of peer Syed Meher Ali Sha, many religious and political movements which were against or far from Islamic religious teaching had emerged, but could not rise due to the existence of him. Molvi Abdullah Chakarawali launched a new cult which denied the authenticity of the Hadith. This cult was called the Ahle Qur’an. On the contrary, the peer Syed Meher Ali Sha emphasized the teaching of Hadith and started the lectures of Hadith in many different places. For the first time, his sincere disciple Usman started teaching of hadith in the district Hazara. In the Aanga, the teacher of peer Syed Meher Ali Sha Molana Sultan Mahmood started the teaching of hadith. Similarly, Molana Hafiz Mehr Muhammad in Lahore and Molana Gulam Muhammad in Bahawalpur started this work.
Peer Syed Meher Ali Sha did the work against the movement of naturalism which was rise by the influence of British education, training, and civilization. For some time, peer Meher Ali Sha had published educational articles by the books and newspapers through a few publishers. He rejected the theory that reading English is forbidden and stands against the theory that the British sub-continent is a warm house, Where Friday prayers are not valid. While he said that Friday prayers in the cities are necessary. Therefore, all the people who were living in the cities, they perform the Friday prayer.

Peer Syed Meher Ali Sha and Mirza Gulam Ahmad Qadyani
Mirza Ghulam Ahmad Qadiani was employed on a low salary in the Sialkot court. He was connected with a pastor in Sialkot whose name was M. A Butler. According to the British Indian Central Intelligence Deputy Commissioner Sialkot, summoned four persons for an interview. One of them was Mirza Qadiani. He was selected for the false claim of Khatm-e-Nobowat. Then Mirza Ghulam Ahmad Qadiani launched various false claims. In the beginning, many scholars came out to compete. The role of peer Syed Meher Ali Sha among them was very important and top of the list. When he migrated to Hijaz to stay there then his great reformer haji imdad Ullah Makki ordered the return to the sub-continent for facing the challenges of the Qadyaniat. In those days, Mirza Ghulam Ahmad Qadiani claimed to have died of Jesus Christ and claimed to be his own messiah. Peer Syed Meher Ali Sha came on the front against the Qadiani and wrote the book “شمس الہدایہ فی اثبات المسیح. In 1899, this book was distributed to all people of the sub-continent which was liked so much. After its publication, there was noise everywhere. People demanded the answers from Mirza Qadiani. Instead of answering this book. Mirza Qadiani challenged to the peer Syed Meher Ali Sha for writing a commentary of any verse of the Holy Quran. Peer Syed Meher Ali Sha also accepted this challenge. The selected place was at Lahore for this challenge on the date 25 August 1900. Qibla Aalam with his companions waited two days but Qadyani did not come. On 27 August, arranged the great program in the Badshahi Masjid. Many scholars addressed this. In the last peer, Syed Meher Ali Sha prayed and on 28 August he returns back.
After that on 15 December 1900, Qadiani wrote the commentary of surah tul Fatihah which name اعجاز المسیحfor his authenticity and publish another book which was written by Molvi Amar Hassan which name was شمس بازغہ. This was the replay of شمسس الہدایہ according to them. In response to these two books, Hazrat Syed Meher Ali wrote an ever-present masterpiece of worldly knowledge in 1902 which name was سیف چشتیائی. He presents more than 100 academic mistakes in Mirza’s books. Peer Syed Meher Ali Sha wrote many other books like
Tahqiq-ul-Haq Fi Kalima-tul-Haq
I’la Kalimatillah Fi Bayan-e-Wa Ma Uhilla Bihi Legharillah
AlFatuhat-us-Samadiyyah (Divine Bounties)
Tasfiah Mabain Sunni Wa Shi’ah
We find many things in his life which show that he was a great and from the chosen person of Allah Almighty. At least he met to his creator on 11 May 1937. Many people, scholars, spiritual personalities come on a daily base to his shrine and come back with many spiritual blessings.
In the last,
I pray to Allah Almighty to keep us respectful of these personalities and show us the straight path.

Previous Nawaz Sharif’s Indian links are exposed: Enemies of armed forces are enemies of Pakistan
Next Imam Ali (a) as a Ruler and Statesman.Rasheed Ahmad Chughtai