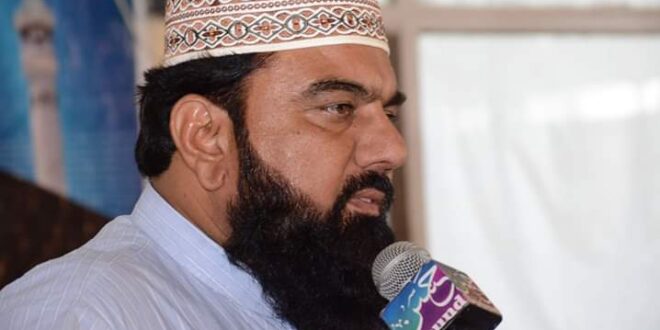 Muslim Ummah has been following the tradition of Hazrat Ibrahim A.S for the last fourteen hundred years. The sacrifice is obligatory on anyone who can afford this. Its validity is approved by Surah Kausar, verse 2, where Allah asks the Prophet (PBUP) ‘’pray and make a sacrifice’’. Similarly, many sayings of Prophet (PBUH) guides the Muslims about the importance of sacrifice.

In today’s modern world where distances from religion and atheist thinking have influenced other religious beliefs, there is continuing work on eliminating the importance of sacrifice. On the social media platform, many intellectuals argue that there is no need for this bloodshed of animals. They say that, instead of sacrificing animals, we should divide the equivalent money among poor people instead of dividing meat. This transformation can save the lives of animals.

One group is saying that animals should be slaughtered on the occasion of pilgrimage so that pilgrims could eat food, as the very purpose of this sacrifice was to arrange food for the pilgrims. To attach this with the historic sacrifice of Hazrat Ibrahim A.S was to give enough reason to the Saab-e-istat people to arrange food for the incoming pilgrims. A simple and understandable issue was made an obligation for Muslims (May Allah forgive us). The intellect of these Muslims and their scholars can be accessed. What interest might Allah have with the blood of animals (May Allah forgive us)?

Before briefly discussing the so-called ideology of human well-being, I briefly present the Quranic point of view.

In Surah Al-Hajj, Allah says, ‘’ And for every nation have We appointed a ritual, that they may mention the name of Allah over the beast of cattle that He hath given them for food; and your God is One God, therefor surrender unto Him. And give good tidings (O Muhammad) to the humble’’ [22:34]

This verse shows that this sacrifice was permissible for every Ummah and was practised in all religions. Allah has declared the sacrifice to be the most favoured act of men on the 10th of DulHajj. The mother of all Momenin, Hazrat Ayesha R.A said that the Prophet (PBUH) said, ‘the best action of men on the day of sacrifice, in view of Allah, is the shedding of animals. On the day of judgement, man will be present in front of Allah with the horns, hoofs and hair of his sacrifice. Before the blood of the sacrifice falls on the earth, the Lord accepts it. Therefore, you should do sacrifice with happiness’. [Tirmzi 1/180]

Similarly, Hazrat Abdullah bin Umar says that the Prophet (PBUH) stayed in Medina for 10 years and performed sacrifice every year.

This shows that the sacrifice was obligatory on previous nations, in fact, in strict manners. A great discussion is can be done here, but let’s leave it to another occasion. Hazrat Ayesha R.A has described the importance of sacrifice in such a way that every part of the sacrifice will be a source of goodness for Muslims. Any other act of goodness cannot be at par with that of sacrifice. The saying of Prophet (PBUH) that ‘there is no substitute to sacrifice’ shows its importance. Calling it a bloodthirsty and saying that Allah may be interested in this meat is something that a religionless person can say? No believer has the courage to say this.

On one side there is the saying of Prophet (PBUH) and on the other side, there are ideas of so-called western Plato’s. Obviously keeping their words at the tip of the shoe is an insult to the shoes of a Muslim. We will do so as the Prophet (PBUH) has ordered. If we believe that this sacrifice was for the food of the pilgrims, them nowadays pilgrims stay in hotels and eat from there. Does this mean there is no need for sacrifice now??? You should start a movement that there is no need for sacrifice now. Also tell us, why the Prophet (PBUH) performed a sacrifice for 10 years during his stay at Medina? The intellect of the Muslims and their scholars are right, in fact, Allah has put a veil of hypocrisy on your intellect. You are against Islam with incomplete knowledge. You are completely unfamiliar with the truth and disillusioned with the principles of Islam. This blood is not bad. It is a sacred duty. This is great worship. And economic benefits are not seen in worship. This only belongs to Allah Almighty. Are you more grateful to the poor than the Prophet (PBUH), who sacrificed everything for the poor and performed a sacrifice for consecutive 10 years in Medina?

In addition to Eid sacrifices, millions of animals are slaughtered on a daily basis. You ignore bloodshed during 363 days in a year. You only criticise Eid. In fact, you will also say that Hajj is also a ritual so it is better to help the poor than to go to Saudi Arabia to perform Hajj.

Being a student of economics, I know millions are associated with cattle farming. Therefore, during Eid, the circulation of wealth reaches its zenith. According to your theory, if we distribute this money in poor, they will become beggars. My dear well-wishers of poor, you should know that an economic activity brings employment to people. Unemployment reduces. The meat of these animals is used by millions of people. Their skin helps charitable organizations. Although now the industry and the government have closed the door for the charitable, this exploitation will soon end. The leather industry also runs on these animal’s skin. The people with the knowledge of multiplier theory, don’t object to sacrificing.

If you want to help the poor, then get rid of the make-up of women. Tell your women that millions of women become old in their parent’s house owing to no dowry. If women quit cosmetics, can this money not help the poor? People spent millions on cigarettes. Should not they spend this on poor?

For God’s sake, don’t be hostile to religions. You will not gain anything by ending religious traditions. As you are against religion, one day you will pray but time will not return. Today, west is in the loss of leaving religion.

In the end, let me have the tweet of Bill Gates, ‘’I don’t want to see any tweet hating on Muslims for slaughtering animals, about 1 million animals killed each day by KFC, Mc Donald’s, Burger King etc. to feed the rich and making hell money out of it. During Eid, Muslims sacrifice them to feed the poor for free and you all lose your mind.’’

Now, do justice by yourself.

Previous Prophet Muhammad (PBUH)- Mercy to all Mankind
Next  The riddle of a defeat; why IRGC has been proscribed? Rasheed Ahmad Chughtai

Decoding Article 370 (3) and 35A Kashmir, a nuclear flashpoint between two nuclear-armed rival neighbors …