Breaking News
Home / Feature Articles / The Quran is a work of peace, not violence Bryan Appleyard 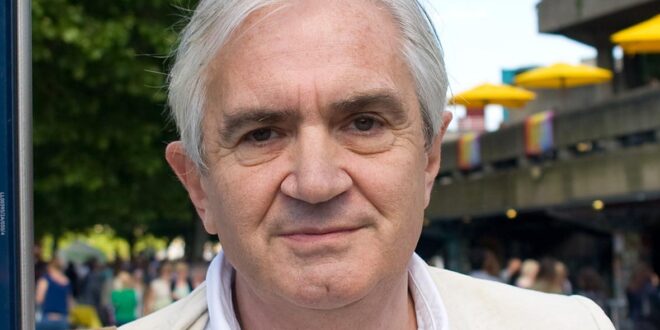 Bryan Appleyard quran. the quran is a work of peace not voilence

The Quran is a work of peace, not violence Bryan Appleyard

The Quran is a work of peace, not violence
Bryan Appleyard

To the terrorist’s eye it is there in black and white: “Slay the idolaters wherever you find them, and take them captive and besiege them and lie in wait for them.”
That is in the fifth verse of the ninth chapter of the Koran. It is known as the Sword Verse and, to angry jihadists around the world, it is God’s order to kill non-believers. But according to Dr Muhammad Tahir-ul-Qadri, it is anything but.
“In all 114 chapters,” says Qadri, “there’s not a single verse of Holy Koran that permits any Muslim to kill non-Muslims in general.”
The Sword Verse, he argues, refers to one specific battle between Muslim and pagan Arabs. It does not apply to any non-combatant non-Muslim.
In 2010 Qadri, a Pakistani-born Muslim scholar now living in Canada issued a 600-page fatwa saying terrorism and suicide bombings are unjust and un-Islamic. Terrorists, he said, would burn in hell.
“Almost 10 years have passed and none of the scholars supporting the terroristic ideology or supporting Isis or al-Qaeda or the Taliban, none of them has been able to contradict my statement.”
Qadri says he has written 1,000 books, 550 of which have been published. But none can compare with his latest, the eight-volume, 7,000-page Qur’anic Encyclopaedia in English covering all 6,000-plus verses of the Koran. It costs £79; a Twitter campaign has begun to ensure it is bought by every public library in the UK.
Crucially, the book is organized thematically. As the Koran is believed to be the final word of God as revealed to the Prophet, this rearrangement is tricky. But Qadri insists there is no distortion. “Any person
who is a student of the Koran, they will read it and know that none of the verses has been taken out of the context,” he says.
“The explanatory notes along with this translation are so the reader can easily understand that when some extremist or terrorist people promote their extremistic ideology, that does not get the support from Koran.”
Qadri’s encyclopedia is arranged into chapters such as Peace, Love, Non-Violence and Terrorism, The Rulings of Jihad and Self-Defence, Rights, and Responsibilities. What emerges is a tolerant, peaceful, and inclusive version of Islam.
“The Koran says we must create harmony. It says to the Christians, the Jews, to non-Muslims: come on, let us get together on the points that are common to us,” Qadri says. “And it says if any combatant is inclined towards peace, it is forbidden for you to continue your fight. So peace is the objective. If peace is achieved, then war is forbidden. Only if war is imposed on you [are you] allowed to fight — every country allows self-defense.”
Sufism is central to this interpretation. It is the most mystical, intellectual, and liberal form of Islam. Qadri is regarded as a Sufi saint by his followers and says he has never heard of a Sufi terrorist: “The true spirit of Sufism is to create peace within your heart and to create peace inward and to create peace outward. So nobody’s harmed from you. Neither from your tongue, from your words, nor from your deeds, nor from your behavior.
“You should have a smiling face. Anybody who comes to you he should feel warmth and love and mercy and compassion and care from you.”
Qadri has been regarded as a nuisance by successive Pakistan governments. In 2012 he led hundreds of thousands in a march from Lahore to Islamabad to protest against state corruption. There was another march in 2014 in which he was allied with Imran Khan, now Pakistan’s prime minister. He founded a radical anti-corruption party in Pakistan, Awami Tehreek, as well as Minhaj-ul-Quran — the way of the Koran — a Sufi anti-extremism body.
Now he is 68 and is about to announce his retirement from Pakistani politics. He says nothing about Khan and says only that he hopes for peace talks and compromise in Kashmir: “I think it is a matter which should be solved by mutual talks between India and Pakistan.
“And there shouldn’t be any fights or any interference. There shouldn’t be any war or any insurgencies. There should be just dialogue, peaceful dialogue. There is no other solution.”
I ask him why he thinks some people turn to violence in the name of Islam. A long lecture ensues. The religious interpretation arises from a prediction of the Prophet that a dissident sect known as Kharijites would always be with us, sowing discord among the faithful. “They are terrorists,” he says. “Killers.”
He has two secular explanations: poverty and injustice in some countries are driving people to violence: “Then they become accessible to terrorists.”
And there are international grievances: “They consider certain big powers are not playing the role to provide us our lives but they are taking over lands or they are interfering in our independence or our freedom. They perceive things in this way and they take up arms wrongly.”
Will his mighty book with its painstaking analysis of the word of God have any effect? Possibly not, but it’s there — and not just for Muslims.
“Through the Koran people should find openness of their heart, openness in their thinking, openness in their behaviour. They should understand the meanings that the Koran is addressing mankind. Koran is not only for Muslims or for Arabs.

Previous Physical Education in Pakistan, By: Hamza Liaquat
Next Japan has decided to coexist with the new coronavirus